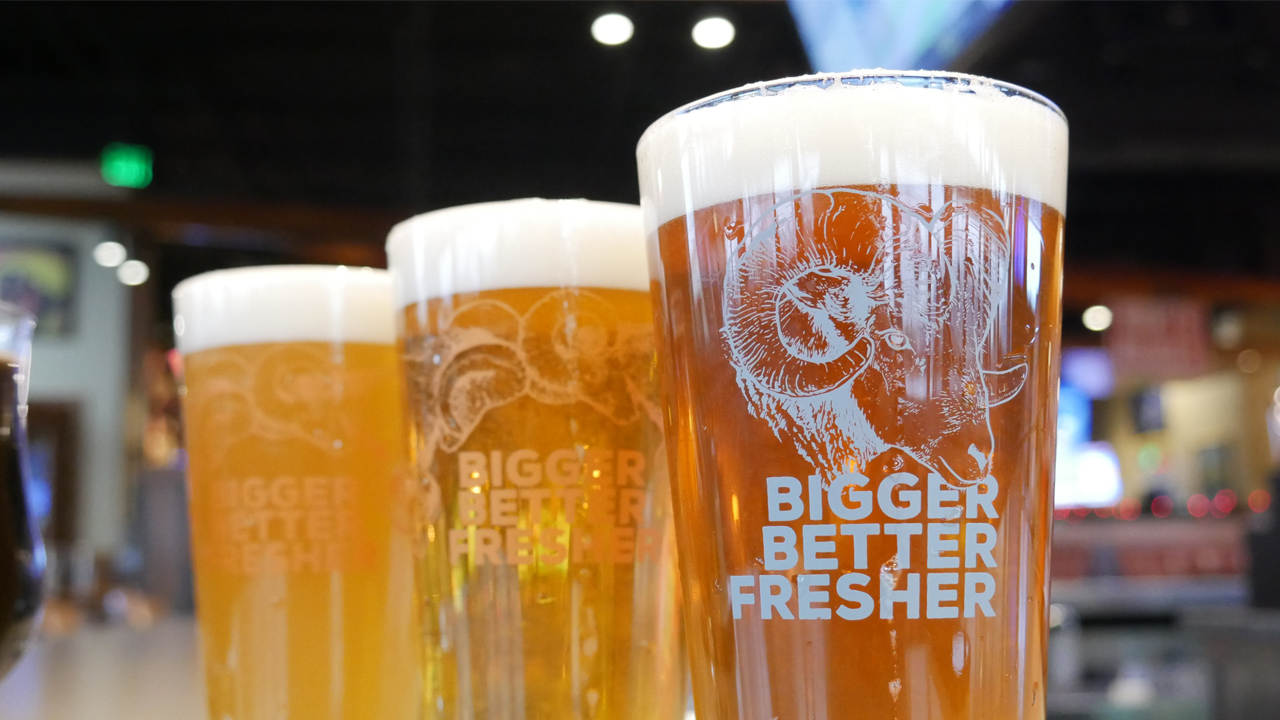 the ram is bigger, better, fresher

We’ve been brewing our own craft beer since 1985, starting with early favorites like the Big Horn Hefeweizen. Since then, our beers have won a number of medals across many competitions, like GABF, NABA, and the World Beer Cup.

Our Director of Brewery Operations Dave Leonard says about RAM’s beer awards, “It was pretty cool when the Blonde got Gold at the 2016 GABF for our 50th GABF medal, but every medal is an honor to win and testament to the quality of beer or brewers have been creating on a daily basis for the last 2 and half decades. We have won 54 GABF medals, 95 NABA awards and 10 medals at the World Beer Cup.

Porter was our first GABF medal awarded Silver in 1996 it has continued winning medals including 2010 GABF Gold, 2006 WBC Bronze, and 3 bronze at the NABA (’18,’14, ’13). Seasonal favorites like Clearwater Kolsh and Oktoberfest have multiple GABF and NABA awards, including a 2019 Silver for O’fest at GABF.”

Here’s just a handful of our 68 Gold medal wins across all competitions: